Collocations are words that usually go together. When learning a phrasal verb, it's a good idea to remember a few typical collocations for that verb. You will sound natural in English by using those collocations as that's the way native speakers use that verb.

More often than not, learners just focus on the meaning of the verb, using it as they would use the direct translation in their own language. As a result, they don't use verbs properly, use them in the wrong contexts or simply sound very unnatural.

When phrasal verbs tend to go with a certain subject, object or group of words, focus on learning that collocation, chunk or expression as this will help you use the verb appropriately.

collocations with give up

collocations with put off 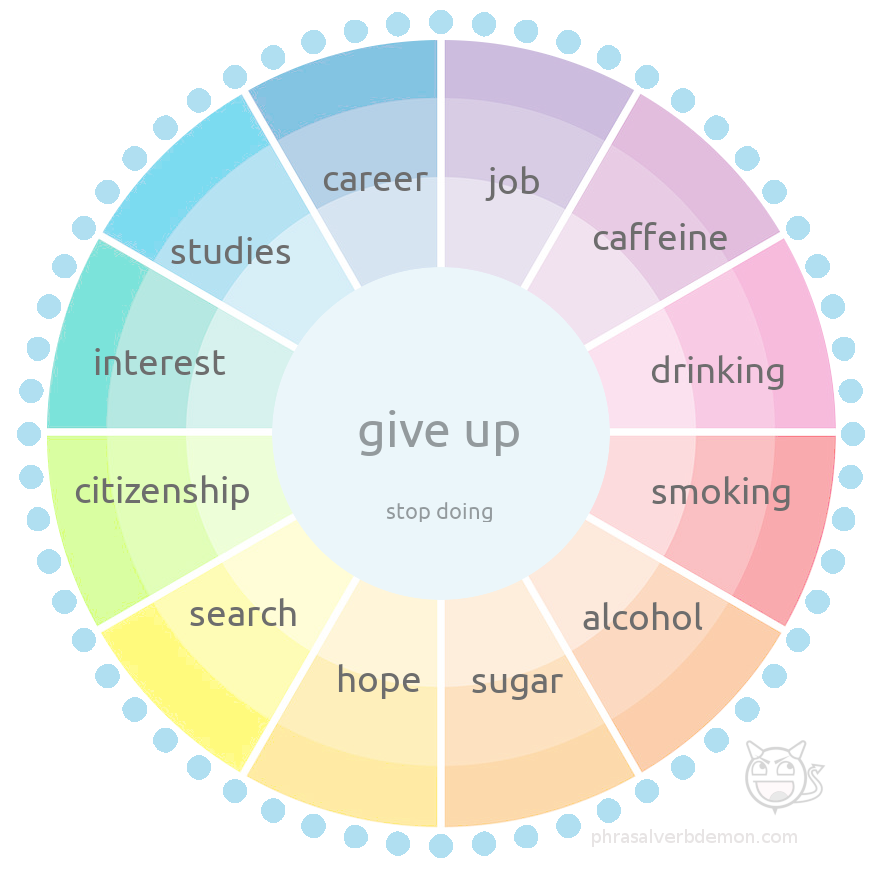